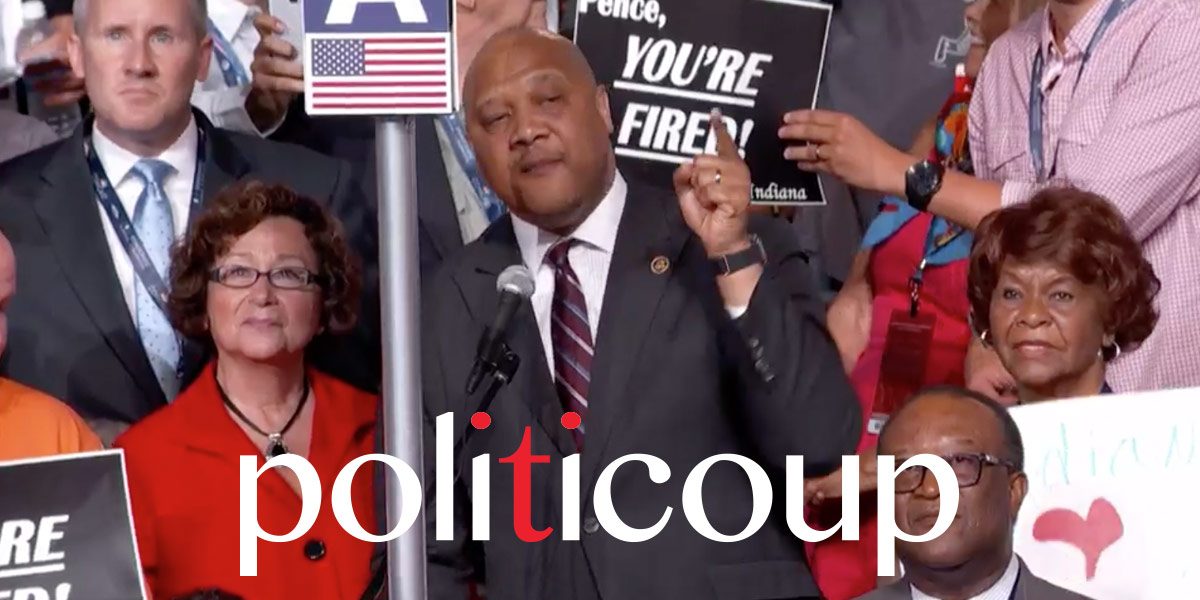 But something seems fishy about the Indiana Democratic delegate count reported at the Democratic National Convention.

After Rep. Andre Carson gave a hilarious rhyme ending with “Donald Trump and Mike Pence, You’re Fired!”, the tally was reported as 1 abstain, 43 Bernie Sanders, and 48 for Hillary Clinton.

As a delegate at the Indiana Democratic Convention, and someone who promoted and celebrated Sanders’ victory in Indiana, something didn’t seem right to me. I recalled Indiana splitting 39 for Hillary and 44 for Bernie. I doubled checked the list of delegates that were sent to the convention and indeed, we sent 39 delegates for Hillary and 44 for Bernie.

Given the one abstain, I could easily have assumed that was a Bernie delegate, but I’m being told it was that of Congressman Pete Visclosky, one of Indiana’s 9 Superdelegates. The remaining 8 superdelegates all voted for Hillary Clinton, despite Bernie Sanders winning the state’s primary vote.

If 8 superdelegates voted for Hillary, that should have brought the total to 47, 44, and 1.

Did an Indiana Bernie delegate flip their vote to Hillary?

UPDATE: I have confirmed through a delegate that an elected Bernie delegate did in fact cast his or her vote for Hillary.