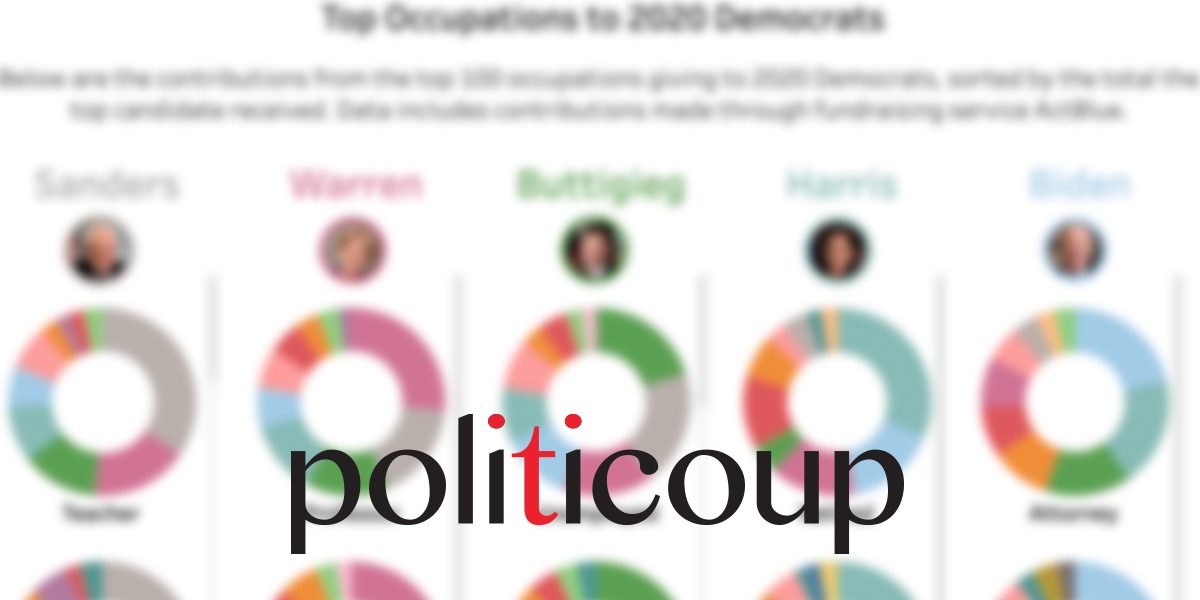 OpenSecrets has compiled a chart that shows contributions from the top 100 occupations giving to 2020 Democrats via ActBlue, sorted by the total the top candidate received.

The Vermont senator is the top recipient among farmers, servers, social workers, retail workers, photographers, construction workers, truckers, nurses and drivers, among several other groups. Each of those professions — which don’t typically provide much campaign cash — earn near or below the median income, according to data from the Bureau of Labor Statistics.

Sanders has raised $46 million in total, far more than his primary opponents, so it’s no surprise he leads among the most professions. But it’s his margin of victory that stands out.

We can posit, then, that the further left you go on this chart, the more support you will see from the average person, and thus more numbers to get out the vote.

What do you think?